A meeting of the party unification coordination committee held  at prime minister’s residence, Baluwatar finalized the seven-point agreement. The agreement on parallel leadership will remain until the first general convention, while collective leadership model would be followed for other portfolios.

However, no deal on proposed party’s chairmanship, rotating premiership and allocating ministries and key posts have been cleared yet. 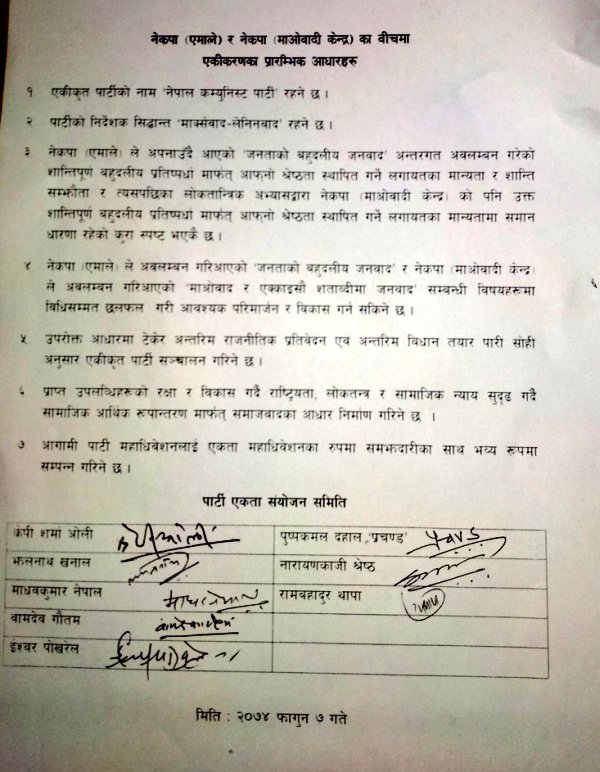 One killed in Sindhuli road accident