Lautaro Martinez scored in the second minute and the Italian side had further chances to extend their lead at the Nou Camp.

But Barcelona responded after the interval and two brilliant finishes from Suarez, the second six minutes from time, condemned Inter to their first defeat of the season under Antonio Conte.

The win moved Barcelona level at the top of Group F with Borussia Dortmund, who beat Slavia Prague 2-0 away from home with two goals from Achraf Hakimi.

Elsewhere, defending champions Liverpool threw away a three-goal lead at Anfield before Mohamed Salah latched onto Roberto Firmino’s flick and cushioned a shot into the net in the 69th minute to earn them a 4-3 win over Salzburg.

It was a crucial win which moves Jurgen Klopp’s side into second place in Group E with Napoli sitting a point ahead after only managing a scoreless draw away to KRC Genk. 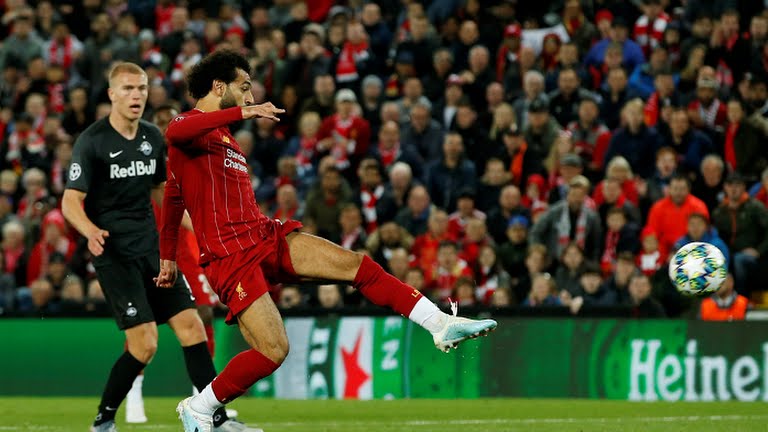 Meanwhile, Tammy Abraham grabbed a birthday goal and Willian marked his 300th Chelsea appearance with the second as Frank Lampard’s side won 2-1 in Lille.

Abraham, expected to earn an England call-up on Thursday, registered his first Champions League goal before Lille equalised through their own exciting young striker, Victor Osimhen. But Willian’s late volley secured a crucial first three points for Frank Lampard’s side in Group H. 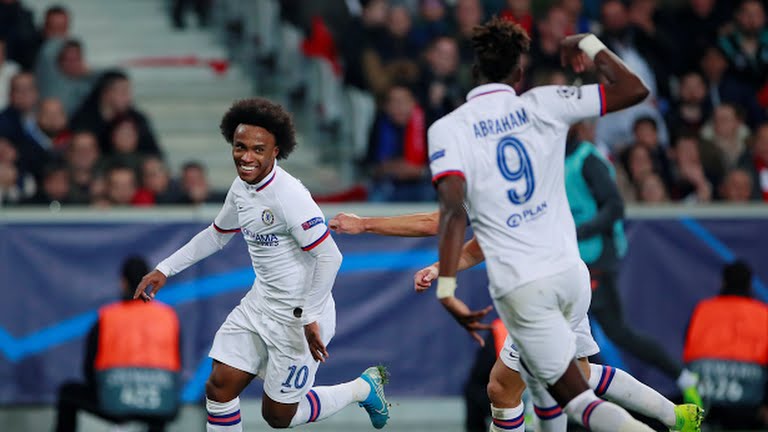