Liverpool’s lead looked to be reduced to four points before Mane stooped low deep into injury time to extend their unbeaten run to 28 in the Premier League.

Villa had taken a shock lead during a breathless first half as Trezeguet tucked home at the far post (21), adjudged just onside by VAR, while Liverpool had a leveller chalked off as Roberto Firmino was marked just off by VAR (29).

Liverpool knocked on the door incessantly times in the second half, but their leveller didn’t come until the 87th minute as Andrew Robertson headed home at the far post, before Sadio Mane’s last-gasp winner.

Manchester City came from behind to keep the pressure on Premier League leaders Liverpool as Kyle Walker’s 86th-minute strike secured a hard-fought 2-1 win over Southampton.

Ralph Hasenhuttl’s side produced a valiant display a week on from their 9-0 thrashing at home to Leicester, and James Ward-Prowse gave the visitors a shock lead at the Etihad (16).

City toiled throughout the first half, but after Sergio Aguero eventually restored parity from Walker’s cross (70), it was an unlikely source that broke Southampton’s resolve as the full-back struck with four minutes of normal time remaining. Defeat at Bournemouth a ‘step back’ for Man Utd

AFC Bournemouth fought back and took the lead on the stroke of half-time. Adam Smith crossed for King, who, against his former side, flicked over Aaron Wan-Bissaka and volleyed beyond David De Gea. 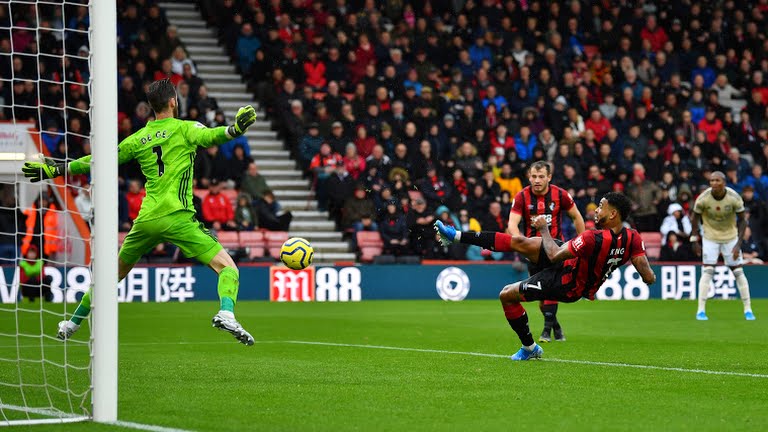